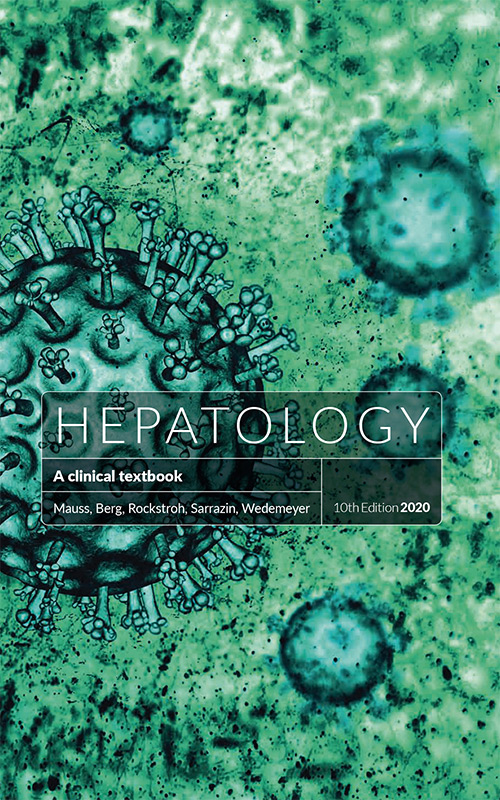 The prevalence and transmission routes of HBV coinfection in the HIV+ population vary substantially by geographic region (Alter 2006, Konopnicki 2005). In the United States and Europe the majority of HIV positive gay men have evidence of past HBV infection, and 5–10% show persistence of HBs-antigen, with or without replicative hepatitis B as defined by the presence of HBV DNA (Konopnicki 2005). Overall, rates of HBV/HIV coinfection are slightly lower among intravenous drug users compared to gay men and much lower among people infected through heterosexual contact (Núñez 2005).

In endemic regions of Africa and Asia, the majority of HBV infections are transmitted vertically at birth or before the age of 5 through close contact within households, medical procedures and traditional scarification (Modi 2007). The prevalence among youth in most Asian countries has substantially decreased since the introduction of vaccination on nationwide scales (Shepard 2006). In Europe, vaccination of children and members of risk groups is promoted and reimbursed by health care systems in most countries.

The natural history of hepatitis B is altered by simultaneous infection with HIV. Immune control of HBV is negatively affected leading to a reduction of HBs-antigen seroconversion. If HBV persists, the HBV DNA levels are generally higher in HIV positive patients not on antiretroviral therapy (Bodsworth 1989, Bodsworth 1991, Hadler 1991). In addition, with progression of cellular immune deficiency, reactivation of HBV replication despite previous HBs-antigen seroconversion may occur (Soriano 2005). However, after immune recovery due to antiretroviral therapy, HBe-antigen and HBs-antigen seroconversion occur in a higher proportion of patients compared to HBV monoinfected patients treated for chronic hepatitis B (Schmutz 2006, Piroth 2010, Kosi 2012).

In untreated HIV infection, faster progression to liver cirrhosis is reported for HBV/HIV-coinfected patients (Puoti 2006). Moreover, hepatocellular carcinoma may develop at an earlier age and is more aggressive in this population (Puoti 2004, Brau 2007).

Being HBV-coinfected results in increased mortality for HIV positive individuals, even after the introduction of effective antiretroviral therapy (ART), as demonstrated by an analysis of the EuroSIDA Study, which shows a 3.6-fold higher risk of liver-related deaths among HBsAg positive patients compared to HBsAg negative individuals (Konopnicki 2005, Nikolopoulos 2009) (Figure 1). In the Multicentre AIDS Cohort Study (MACS), an 8-fold increased risk of liver-related mortality was seen among HBV/HIV-coinfected compared to HIV-monoinfected individuals, particularly among subjects with low nadir CD4+ cell counts (Thio 2002). Even at present, despite the widespread use of tenofovir, HBV/HIV coinfection is still associated with an increased morbidity (Crowell 2014), and liver-related deaths in HBV/HIV-infected patients still do occur (Rosenthal 2014).

The beneficial impact of treatment of HBV in HBV/HIV coinfection was first demonstrated by data from a large cohort showing a reduction in mortality with lamivudine treatment compared to untreated patients (Puoti 2007). This result is even more remarkable because lamivudine is the least effective HBV polymerase inhibitor due to the rapid development of drug resistance. In general, because of its limited long-term efficacy, lamivudine monotherapy cannot be considered as appropriate therapy for either mono HBV infection or HBV/HIV coinfection (Matthews 2011).

Figure 1. Association of HBV/HIV coinfection and mortality (Konopnicki 2005). More than one cause of death allowed per patient; p-values from chi-squared tests.

In addition, two large cohort studies (EuroSIDA and MACS) plus data from HBV monoinfection studies showing a reduction in morbidity and mortality established the need to treat chronic hepatitis B in HBV/HIV-coinfected patients.

In general, starting hepatitis B therapy depends on the degree of liver fibrosis and the HBV DNA level. But as ART is now recommended for all HIV patients independent of CD4-count to reduce HIV-associated morbidity and mortality and to prevent HIV transmission, all HBV/HIV-coinfected patients are considered eligible for ART by current guidelines (e. g. EACS 2016). The previous complicated recommendations for how to treat chronic hepatitis B in patients without ART are now obsolete. As antiretroviral drugs that are also active against HBV can usually be used, interferon-based treatment of HBV is now rarely indicated. Data in the literature for HIV-coinfected patients on interferon therapy for HBV infection are limited and not very encouraging (Núñez 2003). In addition, intensified treatment studies combining pegylated interferon with adefovir or intensifying TDF therapy with pegylated interferon for one year showed no increase in HBV seroconversion rates (Ingiliz 2008, Boyd 2016).

In general, tenofovir is the standard of care for HBV in HIV-coinfected patients, because of its strong HBV polymerase activity and antiretroviral efficacy. Tenofovir has been a long-acting and effective therapy in the vast majority of treated HBV/HIV-coinfected patients (van Bömmel 2004, Mathews 2009, Martin-Carbonero 2011, Thibaut 2011). Its antiviral efficacy is not impaired in HBV/HIV-coinfected compared to HBV-monoinfected patients (Plaza 2013). No conclusive pattern of resistance mutations has been identified in studies or cohorts (Snow-Lampart 2011). These data are still valid at the end of 2016. In theory, resistance may occur in patients on long-term therapy, as with any other antivirals.

For patients with HBV DNA <2000 IU/mL and no relevant liver fibrosis, no specific ART regimen is recommended. However due to the favourable resistance profile a regimen including tenofovir is the first choice. When choosing an HBV polymerase inhibitor, complete suppression of HBV DNA is important to avoid the development of HBV drug resistance.

When HBV DNA is above 2000 IU/mL in HBV treatment naïve patients a combination of tenofovir plus lamivudine/emtricitabine to treat both infections is usually recommended. Even for patients who harbor lamivudine-, telbivudine- or adefovir-resistant HBV due to previous therapies this strategy stands. The recommendation to continue lamivudine/emtricitabine is based on delayed resistance to adefovir seen when doing so (Lampertico 2007), but the same effect has not been in combination with tenofovir (Berg 2010, Patterson 2011).

Initiating ART including tenofovir resulted in higher rates of HBe antigen loss and seroconversion as expected from HBV-monoinfected patients (Schmutz 2006, Piroth 2010, Kosi 2012). This may be due to the additional effect of immune reconstitution in HBV/HIV coinfected patients complicating the immunological control of HBV replication.

For patients with advanced liver fibrosis or liver cirrhosis a maximally active continuous HBV polymerase inhibitor therapy is important to avoid further fibrosis progression and hepatic decompensation and to reduce the risk of developing hepatocellular carcinoma. Tenofovir plus lamivudine/emtricitabine is the treatment of choice. If the results are not fully suppressive, adding entecavir should be considered (Ratcliffe 2011). A reduction in the incidence of hepatocellular carcinoma has been shown for patients on HBV polymerase inhibitors compared to untreated patients, strengthening the antiproliferative effects of suppressive antiviral therapy (Hosaka 2012).

Liver ultrasound is needed at least every six months, for early detection of hepatocellular carcinoma. In patients with advanced cirrhosis, esophagogastroscopy should be performed as screening for oesophageal varices. For patients with hepatic decompensation and full treatment options for HBV and who have stable HIV infection, liver transplantation should be considered as posttransplant life expectancy seems to be the same as for HBV-monoinfected patients (Coffin 2007, Tateo 2009). Patients with hepatocellular carcinoma may also be considered liver transplant candidates, although according to preliminary observations from small cohorts, the outcome may be worse than for HBV-monoinfected patients (Vibert 2008).

In prospective controlled studies, tenofovir was clearly superior to adefovir for the treatment of HBe antigen positive and HBe antigen negative patients (Marcellin 2008).

In lamivudine-resistant HBV the antiviral efficacy of entecavir in HIV-coinfected patients is reduced, as it is in HBV monoinfection (Shermann 2008). Because of this and the property of tenofovir as a fully active antiretroviral, tenofovir-DF is the preferred choice in treatment-naïve HBV/HIV coinfected patients who will use ART. The use of entecavir, telbivudine or adefovir as an add-on to tenofovir or other drugs in the case of not fully suppressive antiviral HBV therapy has not yet been studied in HBV/HIV coinfection. This decision should be made on a case-by-case basis.

Based on the history of ART, combination HBV therapy of tenofovir plus lamivudine/emtricitabine was expected to be superior to tenofovir monotherapy, in particular in patients with highly replicative HBV infection. However, this hypothesis has not as yet been supported by studies (Schmutz 2006, Mathews 2008, Mathews 2009, Price 2013). There are data showing better viral suppression for entecavir and tenofovir-DF compared to entecavir monotherapy in highly replicative patients with HBV-monoinfection, but no such a study is available for a comparison with tenofovir monotherapy (Lok 2012).

In the case of HIV resistance to tenofovir, it is usually important to continue using tenofovir for HBV activity when switching to other ART. Discontinuation of the HBV polymerase inhibitor without maintaining the antiviral pressure on HBV can lead to necroinflammatory flares that can result in acute liver decompensation, particularly in patients with liver cirrhosis.

In 2015, tenofovir alafenamide (TAF) was approved as antiretroviral therapy in Europe and the US. TAF is a new formulation of tenofovir with lower plasma exposure of the active drug tenofovir compared to tenofovir diproxovil fumarate (TDF). TAF has not shown superior antiviral activity against HIV or HBV compared to TDF, but may offer advantages concerning long term toxicities involving bone and kidney over TDF (Agarwal 2015, Sax 2015). TAF can substitute TDF as HBV therapy in HBV/HIV-coinfected patients (Gallant 2016). In November 2016, TAF was approved for HBV treatment in the US, followed by the approval in Europe in January 2017.

The potentially nephrotoxic effect of TDF is a concern. Although nephrotoxicity is rarely observed in HIV negative patients treated with TDF monotherapy (Heathcote 2011, Mauss 2011), renal impairment has been more frequently reported in HIV positive patients using TDF as a component in ART and may be associated in particular with the combined use of TDF and ritonavir-boosted HIV protease inhibitors (Mauss 2005, Fux 2007, Goicoecha 2008, Mocroft 2010). In addition, the recently approved cytochrome P450 3A inhibitor cobicistat can also increase creatinine levels. Regular monitoring of renal function in HBV/HIV-coinfected patients including estimated glomerular filtration rate (eGFR) and assessment of proteinuria is necessary. In the case of a reduced eGFR, TDF should be substituted by TAF or should be dosed at a reduced frequency according to the label. In the case of significant proteinuria, TDF should also be replaced by TAF. Alternatively in specific situations in the case of tenofovir associated nephrotoxicity tenofovir can also be replaced by entecavir.

The number of available HBV polymerase inhibitors for chronic hepatitis B has increased substantially over the last few years. In general, the choice is confined to two mostly non-cross-resistant classes, the nucleotide and nucleoside compounds.

For HBV/HIV coinfected patients, ART is indicated to treat both infections simultaneously. The HBV treatment of choice is tenofovir. Due to rapid development of resistance when HBV is not fully suppressed HBV monotherapy with either lamivudine or emtricitabine should not generally be considered. A combination of tenofovir plus lamivudine or emtricitabine as a primary combination therapy has theoretical advantages over tenofovir alone, but studies supporting this concept have not been published to date. However as tenofovir is combined with emtricitabine or lamivudine in most antiretroviral regimen today this seems to be a more theoretical argument and not reflected by reality.

In general, treatment of HBV as a viral disease follows the same rules as HIV therapy, aiming at full suppression of the replication of the virus to avoid the development of resistance. Successful viral suppression of hepatitis B results in inhibition of necroinflammatory activity, reversion of fibrosis, and most importantly a decrease in the incidence of hepatic decompensation and hepatocellular carcinoma.

Lok AS, Trinh H, Carosi G, et al. Efficacy of entecavir with or without tenofovir disoproxil fumarate for nucleos(t)ide-naïve patients with chronic hepatitis B. Gastroenterology. 2012;143(3):619-28.

Puoti M, Cozzi-Lepri A, Arici C, et al. Impact of lamivudine on the risk of liver-related death in 2,041 HBsAg- and HIV positive individuals: results from an inter-cohort analysis. Antivir Ther 2006;11:567-74.

Schmutz G, Nelson M, Lutz T, et al. Combination of tenofovir and lamivudine versus tenofovir after lamivudine failure for therapy of hepatitis B in HIV-coinfection. AIDS 2006;20:1951-4.

Snow-Lampart A, Chappell B, Curtis M, et al. No resistance to tenofovir disoproxil fumarate detected after up to 144 weeks of therapy in patients monoinfected with chronic hepatitis B virus. Hepatology 2011;53:763-73.